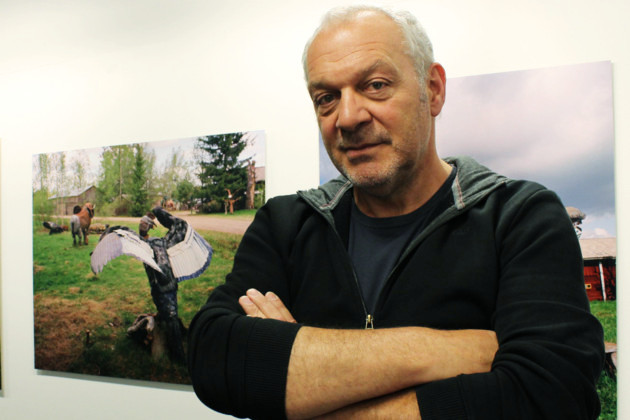 Yvonne Robert – une femme qui vient de l’ombre is an intimate portrait of a woman with a turbulent past at an old age with extraordinary wisdom. It is also the life story of one of the last living artists of which some works belong to Jean Dubuffet’s prestigious collection of Art Brut.

1983 was the time at which Mario Del Curto has his first encounter with an Art Brut artist named André Robillard. A visit to the Dubuffet Collection in Lausanne during this period marked the beginning for his attraction to these creators out of the ordinary. He then became a pioneer, an adventurer, the one looking for the essence, and will have the role of revealing anonymous talents.

After 30 years of producing fixed images his desire to meet these people remains and his desire to talk about, and to transmit their words is even stronger. And so it is that the idea of a filmed story took root in his mind.

For Bastien Genoux, the year 2006 resonated as the year of his first meeting with an Art Brut artist, Richard Greaves. And it is precisely Mario Del Curto who acted in the role of guide. This meeting was so unanticipated and intense that the discovery of this brut environment marked the beginning of a rich collaboration between the filmmaker and the photographer. They developed a common taste for atypical life stories and are attracted to a language that is mainly visual.

They try to restore the lively and powerful language without ever forgetting to describe the context. In this way the words take on their own meaning. Together, they sharpen their expression and share a mutual respect that takes place in moments of conviviality, generosity and confidence. It is also a personal engagement, a testimony of an authentic way of life of persons filled with the vital necessity to express their inner lives. It is a militant act for the defense of human biodiversity.