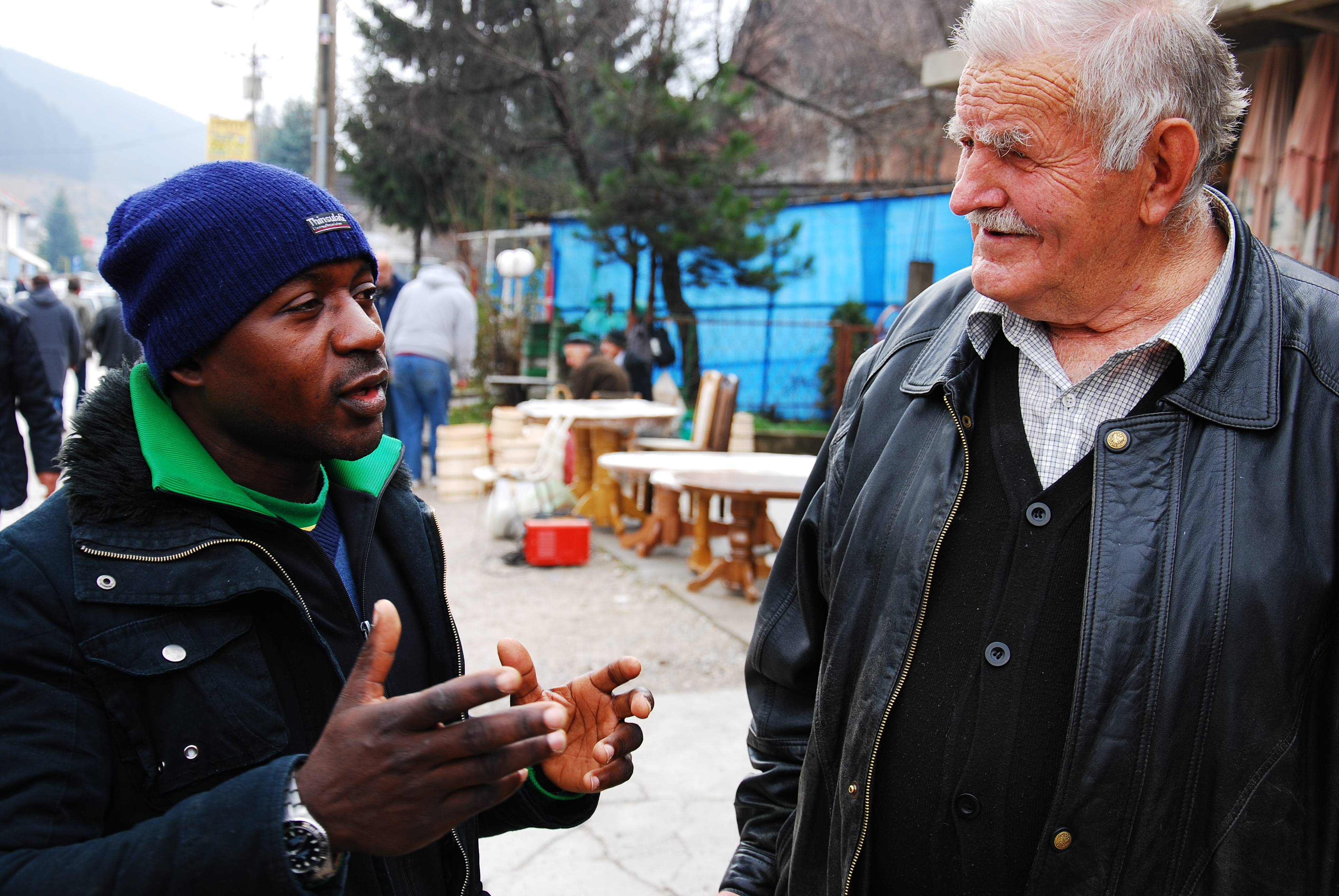 The Search for Freedom

The Search for Freedom

Learning about the stories of others is one of the greatest passions of documentary directors and fans. Looking into the worlds of people living on the other side of the planet, but also on the fringe of the same society, they can see so far unimaginable images and colours. At the same time, they can become more aware of their own stories; including the “little detail” we often tend to forget – freedom. We only notice it when we lose it. Watch films about losing and finding freedom, both inner and political one. From March 14 to 20, you can watch 5 documentaries from this year’s programme of One World Romania for free!

One year before its 10th anniversary, One World Romania does not slacken off with its sharp socially critical programme. How could it, with the proud slogan “In memory of Václav Havel” *in its heading? From March 21 to 27, the 9th edition of the international human rights documentary film festival managed by Alexandru Solomon offers over 50 films in 9 categories. The filmmakers attending the festival include Syrian director Liwaa Yazji with her film HAUNTED which has been nominated for the Doc Alliance Selection Award 2015. You can read an exclusive interview with the director here. Serbian director Želimir Žilnik, a man who has earned the title of a tireless political commentator and founder of the docudrama genre, will be the main festival guest. Besides a rich film programme, the festival will also introduce several novelties within the side events. For instance, it will open a cartoon exhibition dealing with human rights themes *Cartoons for Freedom and launch the Civil Society Pitch networking platform for documentary filmmakers and social activists.

From March 14 to 20, you can watch five films that will be screened to Bucharest audiences in a week’s time FOR FREE at DAFilms.com:

Slovak director Vladislava Plančíková delves into the traumatic history of post-war resettlement in Czechoslovak borderlands with her film FELVIDÉK – CAUGHT IN BETWEEN. In an effort to better understand the complicated history of Felvidék, a Slovak-Hungarian region where various groups of inhabitants took turns in the wild process of displacement and resettlement of the borderlands between 1946 and 1948, the director explores her own family history. She employs both period footage and animation elements on her documentary journey.

History; this time the one that is currently being written on Europe’s borders; is the point of interest of the main guest of this year’s festival, director Želimir Žilnik. Having perfectly mastered the docudrama genre, in LOGBOOK _SERBISTAN he tells the personal stories of migrants who travel to the Serbian border for various reasons and in variously risky conditions. By means of the film camera, Žilnik rids them of the victim label, revealing their true identity while letting them substantially contribute to the film’s script.

The other two films of the selection move on from the fight for political freedom to the struggle for civil and inner freedom. The Croatian documentary FREE, which will receive a world premiere at the festival, captures a longed-for journey of a group of former patients of a mental institution towards full civil liberty and a chance to decide for themselves. A great desire is also what drives the protagonist of GOLDEN ROBOT, the young and successful boxer Steluta who is preparing for the European Boxing Cup and the World Boxing Cup. While tirelessly training for the key matches of her career, she also struggles to accept her own past; the past of her family that has abandoned her as a child, and the past of a world that let her live on the street at the age of sixteen.

Remember the luxury of freedom with DAFilms.com and five remarkable East European documentaries. Watch our film programme from March 14 to 20 for free!

Film-maker Vladislava Plančíková was born in Felvidek – a multiethnic, Slovak-Hungarian region in the southern part of the Slovak Republic. Far too often Felvidek has been trapped in between the opposing interests of politicians, and far too often its people have been tossed around by the twists of history...

Illegal migrants and asylum-seekers are housed in refugee centers in Serbia following dramatic flights from the war and destitution gripping areas in North Africa and the Middle East...

For two years, Free follows the path to freedom of a group of people with intellectual disabilities that are locked away in Croatian institutions. The only things that Ivan, Enes, Tina, Kruno, Mirko, Tomo have in common is that they are outcasts of society and they dream of freedom: we see them institutionalised and we watch what it’s like to be isolated, deprived of privacy and of one’s rights to make decisions regarding their own life...

Steluta Duta aka The Golden Robot, a 32-year old female boxer, has won the European and World Cups many times over. Abandoned at birth, she lived a life of violence and abuse in state care during the Ceausescu regime, eventually being thrown on the streets at 16, after being labelled a ‘problem child’...