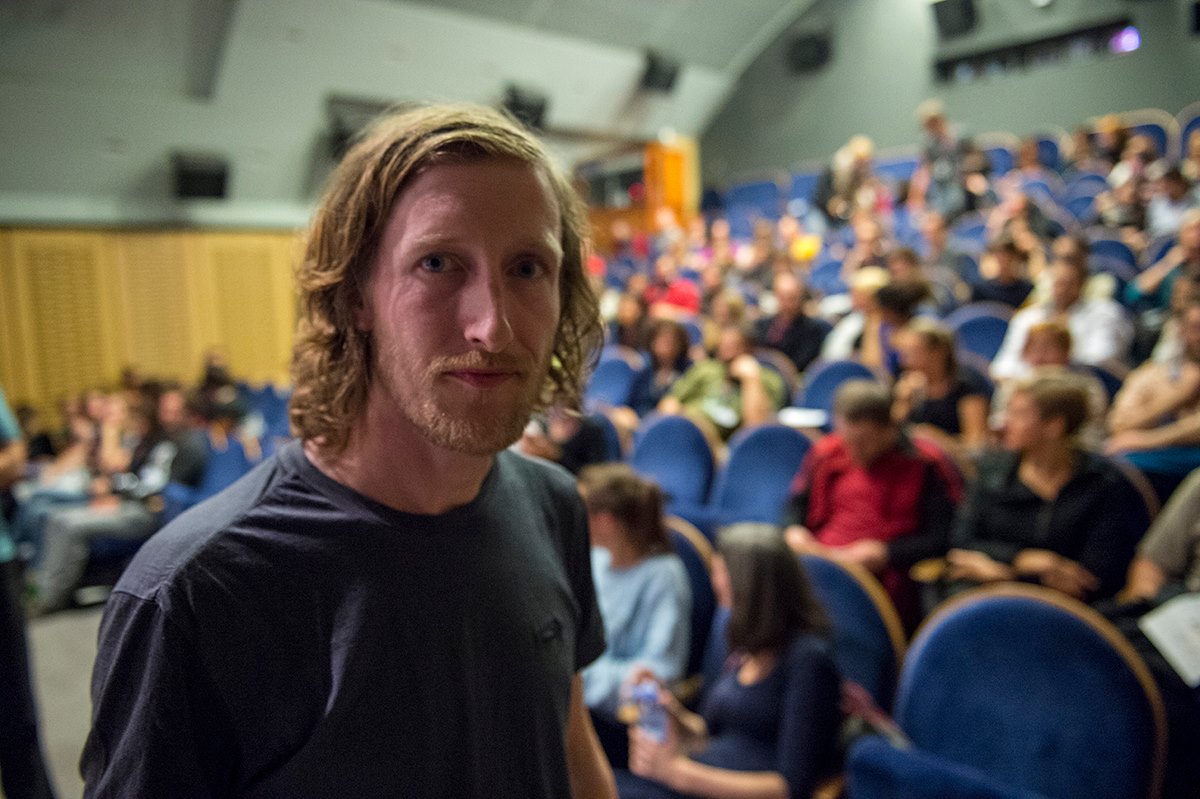 Can a documentary film carry a strong political message while reaching the dimensions of a conceptual work? Can it speak of complex human stories while making use of highly aestheticized images? Meet the film work of one of today’s most remarkable Norwegian directors Thomas A. Østbye. Watch his original films winning awards at human rights festivals while filling global art galleries, including the director’s master class, from April 18 to25 at DAFilms.com for free!

The outstanding figure of contemporary Scandinavian film, Thomas A. Østbye, has attracted attention of the international scene not only by his unique approach, rendering burning themes, primarily those of identity and immigration, by means of an aesthetically elaborated formal aspect, but also by his creative activities in the field of art installations and photography. Østbye has also succeeded with his production company PlymSerafin which has received a number of distinguished awards, such as the Nordic Dox Award of the Danish Doc Alliance festival CPH:DOX, Prix Francais – National Art Exhibition and the Human Rights Award of the Norwegian Ministry of Culture.

A tireless interest in human rights, which he addresses primarily in the context of the question of who we are if we end up in the role of immigrants, without any documents and past in a foreign country, accompanies the director’s most renowned film IMAGINING EMANUEL. The film includes the typical attributes of the director’s work. Film images become visual canvases surprising for their perspective or portrait easel, carefully revealing details of a face, body or environment which speak on behalf of the whole of the depicted situation. As for the content, the film presents a man of whom little is officially known. He calls himself Emanuel and came to Norway, where he has absolutely no background, from Africa. With an unclear past, which he has no way of proving to the authorities, without financial means and being illiterate, he ends up completely isolated from the society in which he wants to be integrated. Except for Østbye and his camera, he remains invisible to everybody. How will his story end? IMAGINING EMANUEL struck the Norwegian audiences to such a degree that it not only won a state award of the Ministry of Culture but was also purchased as an educational film for schools where it is used in the context of human rights education.

Following the success of IMAGINING EMANUEL, the director has taken another daring step, giving the camera to the protagonist in his one but last film OUT OF NORWAY. Emanuel thus spontaneously captures his return to Africa, creating a unique film diary of which we are direct witnesses. Direct confrontation is a motive used by Østbye in another of his acclaimed films: HUMAN. In the mid-length film, he puts persons in front of the camera, letting them do their everyday activities taken out of the context of their familiar environment and culture, mediating their personal and professional experience and mutual encounters. Without the social context, Østbye’s camera turns into an exposure machine, revealing what really shapes our human traits.

The shorter films presented in the retrospective include an earlier formal experiment IN YOUR DREAMS in which the director approaches the theme of immigration and the resistance of the formal state administration to the needs of an individual. The film is followed by 6 CONCEPTIONS OF FREEDOM, an intimate study of loneliness experienced in Norway’s capital. The motive of identity, captured by means of role playing this time, is also approached in the short film TAKE #2.

The online retrospective further includes the director’s earliest experiment with a performance element SHAPING UP, a link to the interactive documentary project 17000 ISLANDS and the online premiere of the master class Østbye held in the fall of 2015 at Jihlava IDFF.

Immerse yourselves in the creative world of Thomas A. Østbye in the week from April 18 to 24 for free and read more about his work in an exclusive interview for DAFilms.com!

A film shot exclusively by refugee Emanuel, as he smuggles himself “the other way”: out of Europe and into Africa. Emanuel gives his unique perspective on modern life and as he invite us on his escape from Europe...

The documentary film HUMAN study what’s human – out of context. Without familiar purposes and surroundings, the film plays our labeling instinct against the factual meeting with another person. How close can we get to another human before it gets inhuman, – or maybe too human?

Documenting a phone call to the "Norwegian directorate of immigration", this film is about a group of asylum seekers that have been six years in Norway without basic human rights.

A study of Alexander Kiellands Plass in Oslo. A documentary that explores loneliness and powerlessness in our ideal of 'freedom'. Is freedom a question of uncertainty or happiness, action or condition?

2 ladies in a room: a casting agent and an actress. This hybrid documentary deals with empathy, acting and authentisity. Marie starts: “When I enter into a role, I imagine that every individual has a core, with the same potential emotional life.”

To become an object of one own's intention.

Thomas A Østbye is a distinctive voice among Norwegian directors. He is known for combining artistic reflections on the documentary genre with contemporary political dilemmas. He made his mark with formally challenging documentaries such as Imagining Emanuel, HUMAN, and In Your Dreams, which have received numerous art and film awards...