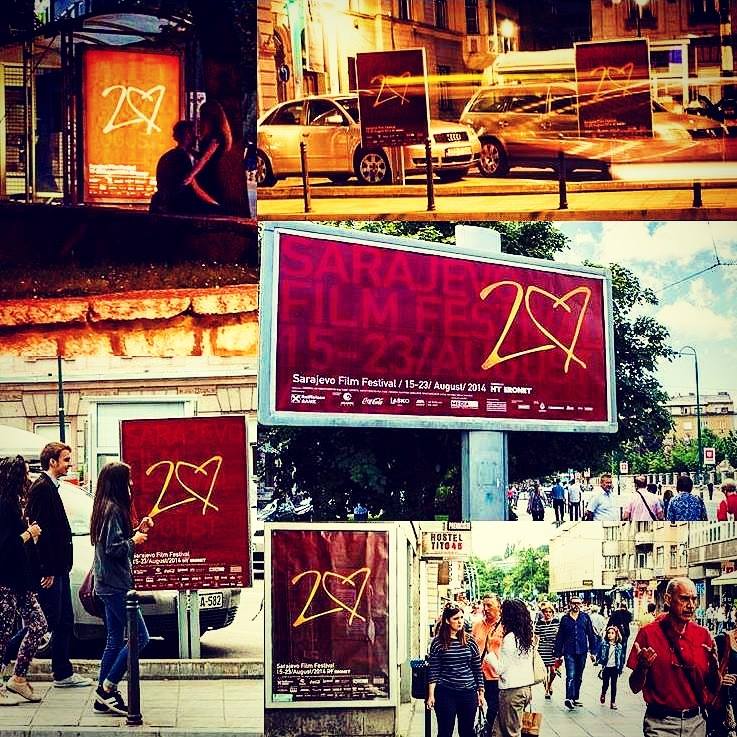 Balkan documentary filmmaking, and especially the short documentary film format, is now at its prime. On the occasion of the 20th anniversary of the Sarajevo Film Festival, DAFilms.com has prepared a special selection of 11 regional short films and talked to Rada Šešić, the head of its documentary film competition, about the local documentary film tradition and the festival’s remarkable jubilee.

Balkan documentary filmmaking, and especially the short documentary film format, is now at its prime. On the occasion of the 20th anniversary of the Sarajevo Film Festival, DAFilms.com has prepared a special selection of 11 regional short films and talked to Rada Šešić, the head of its documentary film competition, about the local documentary film tradition and the festival’s remarkable jubilee.

In the middle of August – August 15 to 23 – the attention of European cinematography will turn to the increasingly more prominent Balkan region. The heart of the capital of Bosnia and Herzegovina, with a symbolic heart on the festival banner, will, for the twentieth time, host the key event of the South Eastern European film scene – the Sarajevo Film Festival. DAFilms.com joins in the congratulations, together with, for example, the famous Mexican actor, Gael García Bernal, or the Oscar-winning director, Danis Tanović. And the exclusive online selection of 11 short documentary films is complemented with an equally interesting interview with Rada Šešić, the head of the documentary film competition at Sarajevo FF.

This year´s edition of the festival is a very unique one. You’ve been celebrating twenty years of the existence of the festival. First of all, let us to congratulate you cordially to this amazing anniversary! Could you briefly reflect on the trajectory of the festival, on its present "journey"?

The Sarajevo Film Festival started as a unique event. The first edition was held under the siege of Sarajevo and the people attending the cinema knew they were risking their life because they could have been hit by snipers or mortar shells. Against all odds, the event showed the tremendous courage of Sarajevo’s inhabitants, their resistance and protest against the aggression, seeking just to have a normal life, giving a sign that in spite of the horrible tragedy, culture was still alive in Sarajevo. The festival grew remarkably fast and developed into the most prominent film festival in South-East Europe. It surpassed hundred thousand spectators and several hundreds of professional guests. Since the very beginning, the festival was supported by celebrities such as U2’s Bono, Steve Buscemi, Jeremy Irons and more recently Angelina Jolie and Brad Pitt, just to name few out of dozens. In this way, SFF is an intriguing mixture of a “red carpet” event and art house cinema, where the audience and film selectors come to see powerful, cinematically challenging works from the region but also worldwide. Since 2001, SFF is one of the few European festivals that were chosen to nominate a film for the award Europe’s Best Short Film. Three years later, the festival introduced the main award called Heart of Sarajevo. It is amazing how the whole city lives for the festival, how young people make Sarajevo, a city counting some three hundred thousand inhabitants, a dynamic, vibrant place of film lovers and film professionals. Our huge open air cinema seating three thousand features attractive more mainstream films while more than ten other cinema screens show, in addition to the competition, exciting world fiction, documentaries, shorts, children films, special focus programmes as well as films that deal with human rights issues.

Cine Link, the industry part of SFF, is considered an important and instrumental platform for both: regional filmmakers as well as world producers and distributers looking for new talents and compelling stories.

The main focus of the festival relies on the region of South – Eastern Europe. How would you describe the situation of the film in this area now and 20 years ago?

While 20 years ago, the production in the Region woke up from the nightmare of the war and transitional hurdles, newly established countries were being rebuilt and cinema halls had to be restored and renewed, filmmakers already then came with important, compelling stories that drew great attention at the biggest film festivals, signaling to the world that there are new talents coming up and intriguing issues to be discussed and shared. Festivals like Cannes, Berlin, Venice, Rotterdam, Locarno, screened and awarded in the last two decades some of those relevant and beautifully made fiction films. IDFA also screened pretty early, even during the last year of the war, a whole programme of war documentary stories. Regional distribution started to be established, new countries in the region got connected, film co-productions within the fiction scene have started and the Sarajevo Festival played a crucial role in providing those connections and creative collaboration.

There are more than 15 film sections in the festival programme revealing different aspects of the art of film. Which one are the most popular categories among visitors and which section is your favorite one?

SFF has indeed many interesting programmes, bringing feature fiction as well as shorts and documentaries from all over the world. However, a special limelight is directed towards regional cinema and very new productions, towards talents that bring freshness within their cinematic expression, dealing with relevant regional issues. All competition sections feature only regional films, because SFF wants to support local filmmakers and local film industry. We also provide platforms that would bring attention of the international community to the most talented filmmakers and their exciting upcoming projects.

So, my favorite parts of SFF are exactly the competition programmes where I can follow what new works have been made in the last season and what intriguing issues are being tackled.

The Sarajevo Film Festival has also a strong focus on the industry part of the programme. Which of your projects do you consider the most successful in this field? Is it e. g. your continuous support of young talents or the important Regional Forum?

I think that Talents Sarajevo is an excellent platform that gives a fresh breeze and lots of hope to new, upcoming makers from the region. They spend one week together and intensively follow inspirational master classes and lectures, finding new possibilities of working together. At Ex Oriente, I just met a team that got introduced at Talents Sarajevo and is now working together on a new documentary. Similarly Docu Rough Cut Boutique is an exciting platform for creative film thinking within the documentary discourse. We provide a tailor-made workshop for five internationally potent projects that need a creative push in order to get a step further and higher in their finishing process. The whole industry platform of SFF Cine Link has proven many times how important it is to provide good supervisors and master teachers who would help the talented makers to achieve the quality they are looking for, as well as serious coproduction possibilities. A huge percentage of projects selected for Cine Link have been made and successful within the festival circle. The same goes for our Docu Rough Cut Boutique; we already have on our list several top documentaries such as Sofia’s Last Ambulance by Ilian Metev that premiered and was awarded at Cannes, or Family Meals by Dana Budisavljevic that went to numerous festivals and got great audience at home, or new films Naked Island by Tiha K.Gudac and Uncle Tony Three Fools and the Secret Service by Mina Mileva and Vesela Kazakova. These last two will be internationally premiered at the upcoming Sarajevo FF this August. Here, I also have to mention a fantastic documentary that participated at our Docu RCB in 2012, and that is Totonel by Alexandru Nanau, a film that is going to have a world premiere at San Sebastian.

Together we have been promoting a selection of short documentaries at DAFilm’s event for two weeks. Why do you consider important to promote the shorts and how is it possible that the Eastern European short documentaries are so well accepted and acclaimed and that there are so many of them?

The short documentary has been very important previously in this region. Filmmakers used to express themselves during communist time, within this, often minimalist form, without words, in a very eloquent, politically sharp manner commenting on the society and reality around them. In order to avoid censorship, they used to work in the so called “language of flowers”, innocently telling one thing but conveying a different meaning to the audience. Many filmmakers of today continued with the practice of making short documentary films. These forms are not only shortened narrative documentaries that could be either 30, 52 or 80 minutes, those are real cinematic gems, sometimes just 10 minutes long that use all the richness and beauty of the cinematic language itself. They are often poetic, observational, sometimes essayistic, contemplative. The region has very limited financial support and for many, short film is the only possible form to be practiced at the moment. Why wait to get a bigger budget while reality around you is full of strong, exciting and relevant stories, often urgent, to be shared, commented, pointed out. In this region, documentary is still an important means of showing the pulse of society, to signal the level of democracy, to express relevant issues that could trigger necessary debates in the society.

Therefore, at the Sarajevo Festival, we consider our unique debating platform Docu Corner as a precious place where youth coming from all over the region eagerly follow our documentary competition and start sharing their thoughts about the reality, starting from the story given within our regional documentary competition films.

This collection of shorts that you are showing on your platform is really a treasure of the region, they are pearls of the documentary expression, powerful, lucid, intelligently structured, likeable, often even humorous. I believe, that showing the best of the regional short docs is really a treat, not only for the audience in the region itself, where the stories found its source, but for the whole world and its film lovers, because short forms are powerful, beautiful and memorable.

Thank you for providing us with an interesting insight into Balkan documentary film! We wish you an excellent edition of the festival and thank you very much for your precious time.

Andrea of the DAFilms.com team