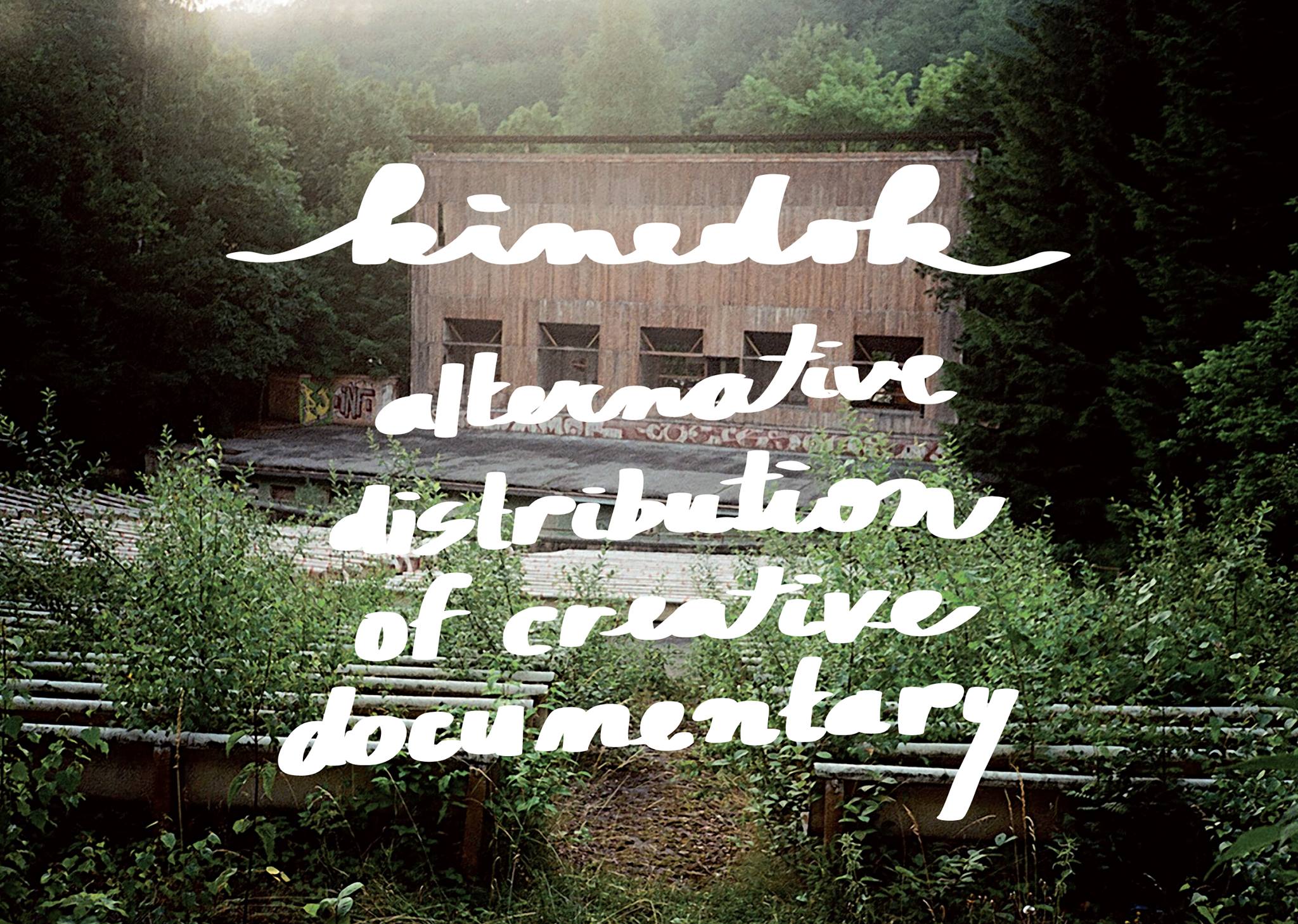 15 documentary festival hits in the second edition of KineDok

15 documentary festival hits in the second edition of KineDok

Last year saw the launch and pilot edition of KineDok, a unique international project presenting the screenings of creative documentary films enhanced by the debates with the authors of the films and various experts and by other interesting accompanying events. In 2016, this project, organized by the Institute of Documentary Film, offers 15 more European documentaries and brings site specific screenings also to the new audiences in Poland and Norway. Within the Czech Republic, the fans of creative documentaries have a chance to visit more than 150 screenings at at least 25 diverse places and explore current Czech and European documentary production.

Last year saw the launch and pilot edition of KineDok, a unique international project presenting the screenings of creative documentary films enhanced by the debates with the authors of the films and various experts and by other interesting accompanying events. In 2016, this project, organized by the Institute of Documentary Film, offers 15 more European documentaries and brings site specific screenings also to the new audiences in Poland and Norway. Within the Czech Republic, the fans of creative documentaries have a chance to visit more than 150 screenings at at least 25 diverse places and explore current Czech and European documentary production.

‘We were delighted to see the success of last year’s KineDok screenings, both in the Czech Republic and abroad,’ says Jana Ripplová, manager of the KineDok project. ‘We’re also happy to say that this year, we have managed to secure fifteen unique European documentary films and find new screening places – clubs, galleries, cafés and multifunctional spaces – that share our enthusiasm for the project.’ What, then, does this year’s KineDok have to offer?

Czech documentary films will be represented by Jan Foukal’s successful documentary film Amerika, which premiered at the Karlovy Vary IFF and focuses on the phenomenon of tramping - pursuit of freedom in the woods, under the night sky, by the campfire amid the strumming of guitars. The second Czech film in the collection is Jiří Stejskal’s long-term observational documentary film My Home, which revolves around the energetic Natasha, who lives in a small cottage in the middle of a housing estate in the centre of Kyiv. Natasha shares her house with her two partners, four children and some pigs and goats – and, as the head of the family, does her best to protect her rundown cottage from developers and her family from any danger that might befall them, from Jehovah’s Witnesses to conspiracy theories.

Another item on KineDok’s menu is the Hungarian documentary film Drifter (dir. Gábor Hörcher). This portrait of a rebelling teenager, who wants to participate in the local rally at all costs, despite the wishes of his family or school or the fact that he does not own a car or a driving licence, has been well received at many film festivals, including those in Sarajevo, Leipzig and Amsterdam. Although neither of the two friends has a driver’s license or a working car (and one of them is blind), they are determined to take part in the rally, and, most importantly, win. The second Hungarian film, Song Brothers by Balász Lévai, is full of live music; it tells the story of a song that helped complete the treatment of the drug-addicted frontman of the best-known Hungarian band. And as the folk band’s cover version of the song gained over fifteen million views on YouTube, it played a great role in assuring a couple of small-time musicians, who made their living playing at weddings, of their true love of music.

Croatia is introduced through the films I Like That Super Most the Best by Eva Kraljević and School Time for Miss Roma by Vesna Cudic. The first is a sensitive portrayal of the director’s loving relationship with her sister, whose wit and humour shine through her handicap, turning her into a star of the documentary silver screen. The second, filmed over the course of three years, introduces us to a couple of Roma girls trying to break free of the boyfriend–child–husband future that has been assigned to them, hoping to finish school and start taking care of themselves. Do they, however, even stand a chance?

The fact that the worldwide success of the present-day Romanian filmmaking is not based on feature films only is best proved by Alexander Nanau’s documentary film Toto and His Sisters. This film has received countless awards – e.g. at film festivals in Leipzig, Warsaw, Florence, London, New York or Jihlava, where it was awarded the Silver Eye Award. Ten-year-old Toto lives in a rundown apartment with his two older sisters, while their mother is in prison for selling drugs. What does it look like when children look after themselves and each other? What happens when they help each other more than their parents would be able to? As for the second Romanian documentary film, Golden Robot, the directors Constantin Mocanu and Mihai Dragolea show the story of Steluta, a female boxer, aged 32, who has survived a childhood in children’s homes and on the street, going on to win both European and World championships.

Slovakia is represented in the 2016 selection by a pair of short documentary films – Mothers and Daughters and New World, by Ivana Hucíková and Tereza Michalová, students of the Academy of Performing Arts in Bratislava. The films focus on the fragile topic of the cohabitation of four generations of women and the life of a lonely, mentally unstable woman living in a house that is slowly turning into a ruin. KineDok also features the most-recognized Slovak documentary film of last year, So Far, So Near. Experienced director Jaro Vojtek takes the audience to the not-so-different world of people diagnosed with autism and explores their relationships with their parents, avoiding cheap sentiment.

The two new partner countries who are joining the KineDok network in 2016 are Norway and Poland. The audience will be able to enjoy the poetic Norwegian documentary film Siblings Are Forever by Frode Fimland, which explores the peaceful coexistence of Magnar and Oddny, the two siblings in their 70s, who take care of the family farm, where the most advanced piece of technology is a broken tape recorder and a box of useless tapes. The second screened Norwegian film, Bear Island, is the work of Inge Wegge and Edda Grjotheim. It sets off for the second adrenaline trip with three brothers (their first trip was observed in Wegge’s festival hit North of the Sun), who decide to visit one of the coldest islands in the area, usually inhabited by polar bears only.

The Polish documentary film Domino Effect takes place in Abkhazia, a former Russian summer resort that has become a land torn apart by a war for independence. With its “Black Sea black humour”, the film directed by Piotr Rosolowski and Elwira Niewiera, has won several awards at a number of film festivals. It tells the story of the Abkhazian minister for sports, Rafael, who is organizing a world championship in domino in order to increase the visibility of his country; at the same time, he is desperately trying to hold onto his relationship with the hysterical Russian opera singer Natasha, who, contrary to her expectations, has unfortunately not found the meaning of life in Abkhazia. The second presented Polish film, 6 Degrees, directed by Bartosz Dombrowski, was inspired by the six degrees of separation, a theory by social psychologist Stanley Milgram. The theory claims that every person in the world is linked to everyone else through a chain of six mutually acquainted people. The director tests the theory in a road movie, exploring this connection between Warsaw punk rocker Martyna and Mexican farmer Antonio. The final film in this year’s selection of KineDok documentary films is My Father the Banker, by Latvian director Ieva Ozolina. The director is searching for her father, who, after the fall of the Soviet Union, took little time to get rich and even less time to disappear. Nowadays, after eighteen years, the Interpol has apparently found him in a Malay asylum.

As KineDok’s main organizer, the Institute of Documentary Film has arranged for all the films to be subtitled into the Czech language and helps the local KineDok organizers to promote the project and arrange the debates with film makers and interesting guests. For more information and, most importantly, a list of KineDok locations and screening dates, please visit kinedok.net or the project’s Facebook page.