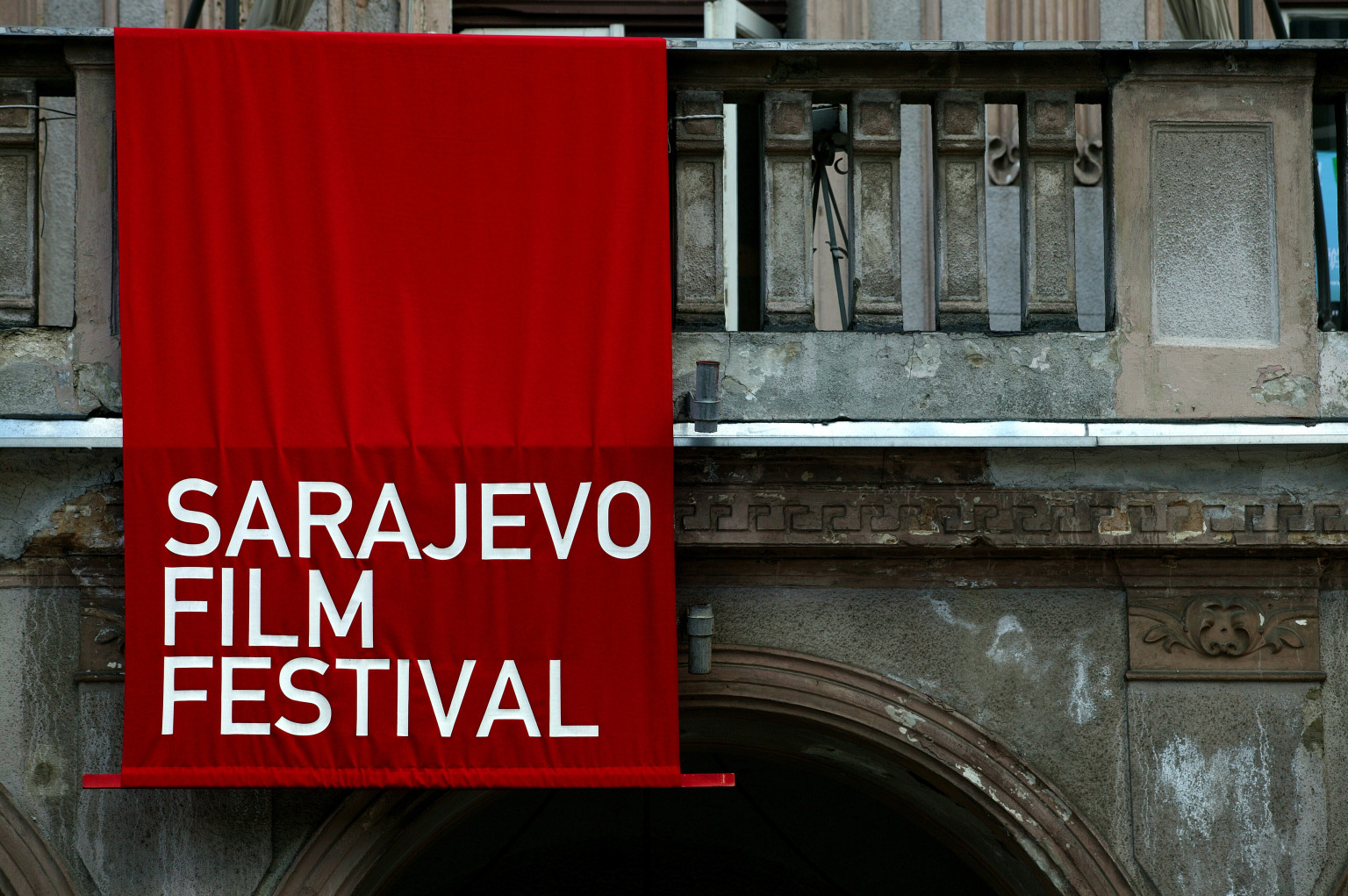 Are you a fan of short films? Do you want to be up to date with the latest documentary film achievements from South Eastern Europe? Do you like celebrations? If at least one of the answers is “yes”, check out our special film programme, marking the 20 years of existence of the Sarajevo Film Festival! We have prepared a selection of 11 short Balkan documentaries to watch for free for two entire weeks from August 4 to 17 at DAFilms.com!

Heart – the traditional symbol of the film festival in Sarajevo, will come alive again. Its accelerated rhythm will reverberate through the whole city which, since 1994, has hosted not only key personalities of the Balkan film scene, but also numerous international guests and producers who come to greet the enthusiastic film audience and discover new documentary talents. Read our exclusive interview with the head of the documentary competition, RADA ŠEŠIĆ, about the special programme prepared to mark the 20th anniversary of the festival. DAFilms.cz joins in the congratulations and, in association with the festival, offers an online birthday present – a selection of 11 short documentaries of (not only) Balkan origin!

Croatian short documentary film is represented by two films with a marked political and critical subtext. REAL MAN´S FILM, the winner of the award for the best film dealing with human rights at the Sarajevo Film Festival, takes an uncompromising look at the relationship of humans and war conflicts, which in the case of South Eastern Europe, seems to be inseparable. THE VERDICT also addresses the issue of war, while calling into question the role of war heroes and criminals using the example of an international trial with one of the Croatian generals, participants in the bloody Operation Storm in 1995.

The problematic relations within the Balkan multicultural society are also one of the topics addressed by the cinematography of Bosnia and Herzegovina, producing three of the titles in our film selection. A DAY ON THE DRINA recounts the story of an unexpected discovery of the remains of Bosnian war victims. The film BELIEVERS employs the theme of music to provide a vision of a heterogenic, yet equalitarian, Bosnian society. An artistic look at wild nature as a silent witness to the local turbulent history, is offered in the third documentary, ANYBODY, by Timur Makarević.

Three short films from Serbia focus on individual human destinies. WHEN I WAS A BOY, I WAS A GIRL follows the difficult transformation of the main protagonist into a female, all the more complicated due to the traditional environment of the Serbian countryside. MICA AND THE STORIES AROUND HER takes us on a journey to glory, together with a former pop diva from the united Yugoslavia, who strives to make a music comeback. On the other hand, the acclaimed documentary, OLD MOUNTAIN, portrays an opposite process – the fate of a village that is dying out and slowly vanishing from the map of Serbia.

Our special documentary selection wraps up with three solitaire representatives of Macedonian, Turkish and Slovenian cinematography. The short Turkish film, I’VE COME AND I’M GONE reveals the oriental magic of markets, under the baton of the unrelenting bids of market vendors. The Slovenian documentary, SCREENS, is the last in the line of political short documentaries. Together with the mothers of the victims, it returns to the place of the Srebrenica massacre and follows their personal pilgrimage filled with memories.

**Join us to celebrate 20 years of the Sarajevo Film Festival and take the opportunity to watch the best of Balkan documentary shorts (film) for two weeks, from August 4 to 17! **

In Balkans every generation has its war. Sons are continuing fights started by their fathers. There are rifles and pistols in every hand. Concentration of arms has reached a critical point. Even the smallest incident would be disastrous to this fragile peace.

A long summer day on the river Drina. This may sound like a serene picnic – and it would be, hadn’t the river retreated to its riverbed...

A Day On The Drina

This is a story about unique choir Pontanima from Sarajevo.

17 years after the Srebrenica genocide, people still gather once a year to bury their loved ones. For some it is an intimate event, for others a collective political gathering. Screens are used to protect: umbrellas not only protect against the burning midday sun, but also offer protection against the gaze of others, or a way to narrow one's own field of vision. Cameras are used in a similar way: helping to see, but also helping not to see too much, and to retain the distance.

Milica Ostojić a.k.a. Mica Trofrtaljka or Mica Davorika a singer from Milićevci near Čačak (Serbia) by singing the song ”Davorike, dajke” became a big star of new underground music in the seventies in former Yugoslavija. Forgotten for years, she returned to the scene in the film ”Preaty village, preaty flame”, saying the historical sentence: “Shut up mate, erotica”.

Mica and the Stories around Her

In a Serbian village on the slopes of Stara Planina live 15 households. The youngest man in the village is 70 years old. The film gathers the intimate thoughts of the inhabitants of this village, whose wait for death is marked not by loneliness but by a common bond.

This documentary is on street sellers who sells different kind of things but use same way, their voices. One of them sells cake on street, one of them repairs the quilt on the street, one of them announces the discounts in the market. “I've come and I'm gone” tells that how important human voices is in marketing.

Talented people like artists or writers who stayed have one choice only: work as seamstresses.