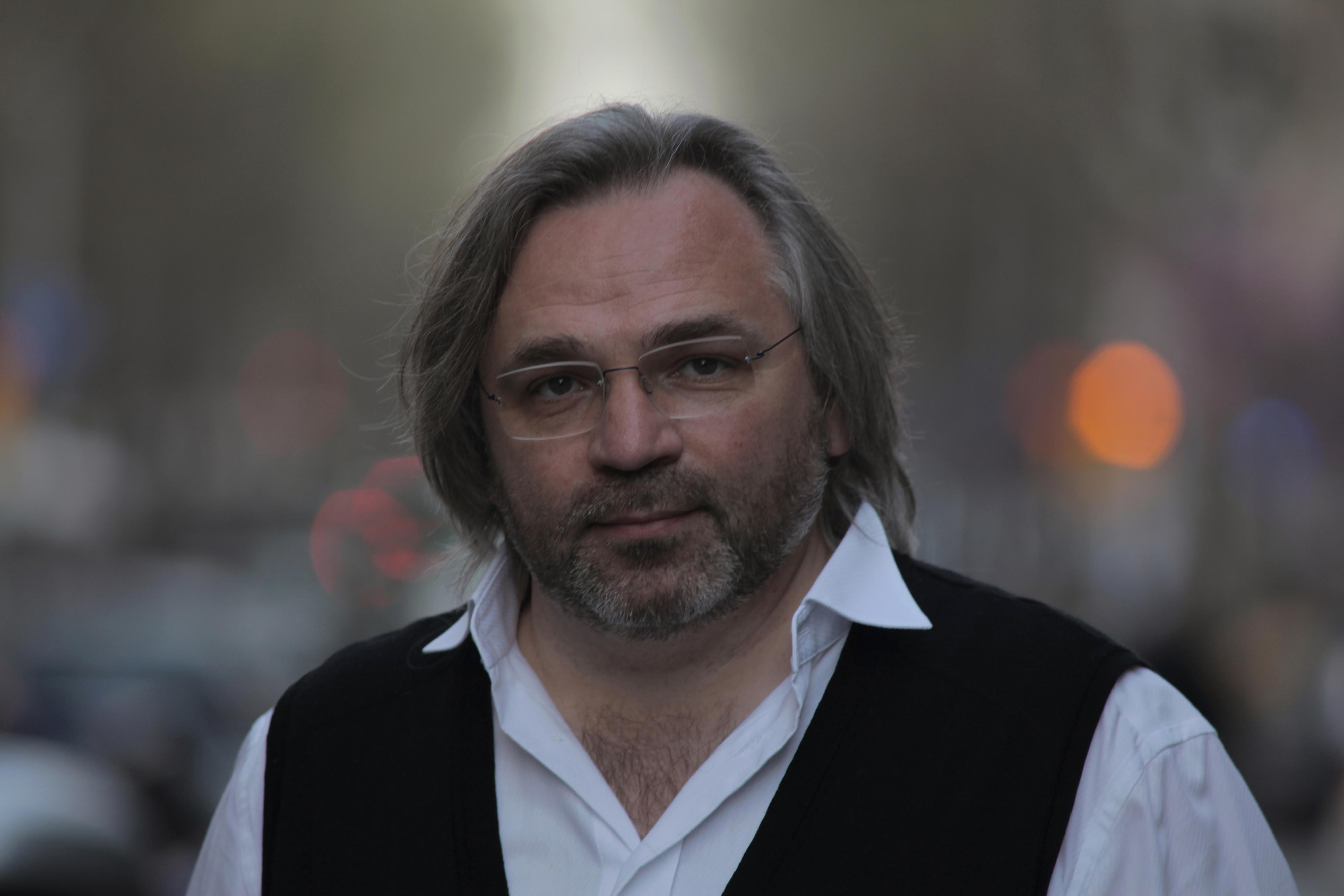 The films made by the star of contemporary documentary film, Russian director Victor Kossakovsky, have literally travelled the whole festival world. However, it is for the first time that they enter the virtual online world and thus also your computer screens via DAFilms.com so that you have a unique chance to watch the director’s first world film retrospective! Do not miss seven most famous documentaries by Victor Kossakovsky which have made their mark in modern film history. Watch the director’s first online retrospective in the course of two weeks from January 19 to February 1 for free!

“Don’t film if you can live without it,” says the first rule for beginning filmmakers given by Victor Kossakovsky. It is no surprise that the last rule of the original filmmaker says: “Don’t follow my rules. Find your own rules.” And the filmmaker sticks to this advice in all of his works. It is the original poetic film approach, thanks to which the director is able to capture seemingly ordinary moments and human stories in a completely unique way, that has made Kossakovsky into a filmaker that is popular both with film critics and viewers. His extraordinary grasp of filmmaking skills is also worth mentioning. Viktor Kossakovsky assumes the role of cameraman, editor and screenwriter in his films as well.

The film retrospective presents seven world-famous films that have been awarded at numerous festivals. They include the ground-breaking documentary THE BELOVS which took Victor Kossakovsky to the top of world documentary in 1992 which he never left. On the contrary, the director proved his claim to rank with the most talented filmmakers five years later with his film WEDNESDAY 19. 07. 1961 which brought him an award at the film festivals in Karlovy Vary and Edinburgh. The period of the 1990s is also represented in the retrospective by PAVEL AND LYALYA (A JERUSALEM ROMANCE) which again did not go unawarded, receiving awards at the prestigious festivals IDFA and DOK Leipzig, as well as one of the filmmaker’s earliest films LOSEV made in 1989.

The director’s film work made after 2000 is represented by the humorous film TISHE! filmed from the window of the filmmaker’s bedroom in Saint Petersburg, Russia. In the course of 2013, he observed random events on the street framed by the preparations for the celebration of the 300th anniversary of the city. The retrospective further includes the documentary SVYATO; the first part of the planned “Palindrome” trilogy dealing with the theme of the mirror as a motive of human behaviour. In the film, Kossakovsky follows his two-year-old son as he undergoes the key initiation experience of any human; meeting his own image. The play with images, reflections, two antipoles of an object and its reflection is also intensively employed in Kossakovsky’s latest feature-length film VIVAN LAS ANTIPODAS!. The adventurous shooting of this film as well as the original character and film approach of its maker are captured in the film WHERE THE CONDORS FLY which completes the world retrospective.

VIVAN LAS ANTIPODAS! captures the director’s journey across eight antipodes of the Earth represented by the following country couples: China – Argentina, Chile - Russia, Hawaii – Botswana, New Zealand – Spain. The overpopulated Shanghai finds its antipode in an unpeopled plateau in Argentina while a volcano swallowing burning lava in Hawaii is seconded by the calm life in a village in Botswana. While watching these breathtaking images, we gradually find out that there may be unexpected, humorous and even magic links between these apparently remote places.

Viewers from the Czech Republic have a unique chance to meet the director during the Czech theatrical premiere of VIVAN LAS ANTIPODAS! on Friday, January 23 in Prague where Victor Kossakovsky will also give his FILM MASTER CLASS. Read more about the director’s visit in our news. The film will be available to Czech viewers for free from the day of the premiere on January 23 to the end of the film retrospective on Sunday, February 1, 2015.

It was one of his mentors who once told Kossakovsky, "There are two types of intelligent people; some say what they know, while others think while they speak, in order to try and say something they did not know yet, something that suggests itself in them."...

It is all very uncomplicated. Anna Feodorovna Belova lives in a small village. She is twice a widow and now lives together with her brother Michail Feodorovich. Sometimes two other brothers, Vasily and Sergei Feodorovich come to visit them...

An elderly man is on his deathbed. It is the Russian filmmaker Pavel Kogan. He lives together with his wife Lyalya, also a filmmaker, in Jerusalem. Old friends from Russia, paying them a visit, are making a film about them. The atmosphere is relaxed and homely...

From his apartment window in St. Petersburg, filmmaker Victor Kossakowsky has made a documentary, which he himself describes as a comedy. During one year of endless repairs for the 300th anniversary of the city, he filmed a few square meters of a St. Petersburg street...

Svyato opens with a quotation from an old legend: “But then everything changed on the day that man first saw his own reflection.” In Russian, “svyato” means both “happy, clear and joyful” as well as “considered holy.” But Svyato is also the short form of Svyatoslav and the nickname of Victor Kossakovsky’s son...

Chilean film director Carlos Klein accompanies Russian filmmaker Victor Kossakovsky during the shooting of his latest film. In Patagonia, at Lake Baikal and in Shanghai, Victor Kossakovsky explores the singular relationships between places and people on opposite sides of the world...

Where The Condors Fly