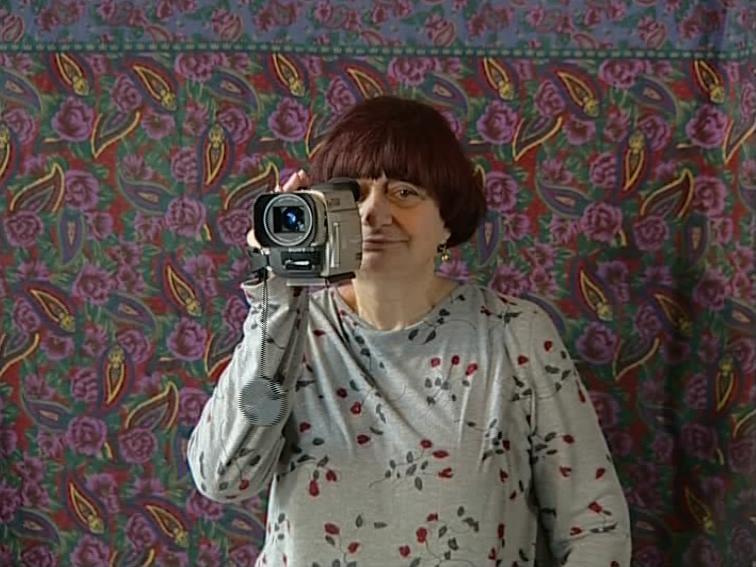 Cinema Masters. Autumn with filmmakers who are worth it!

Cinema Masters. Autumn with filmmakers who are worth it!

Agnès Varda, Jan Němec, Chris Marker, Peter Tscherkassky, Victor Kossakovsky, Sergei Loznitsa and others; ten filmmakers, ten different filmmaking approaches. We have prepared a collection of directors whose works are worth watching regardless of their theme, time of their making or the number of awards.

Who has never collected anything? World documentary legend Agnès Varda, who turned ninety this year, collects images and impressions. One of her most renowned films is dedicated to pickers, collectors and gleaners who gather all kinds of things, whether out of passion or out of necessity. The Gleaners and I won the European Film Award for Best Documentary in 2000.

Enfant terrible of the Czechoslovak New Wave Jan Němec left a mark on film history with his fascinating debut Diamonds of the Night capturing the escape of two young men from a Holocaust train in the spirit of “dreamlike realism“. The restored version of the film was screened in Cannes last year.

Two decades later, Věra Chytilová captured the tragicomic image of Czech normalization in her satire Story from a Housing Estate. She introduced the emerging housing estate as a structure which is dysfunctional both in its material and human (moral) aspect.

In his film Sunless/Sans Soleil from 1982, Chris Marker pushed the limits of the documentary genre. It is an essay, montage and combination of documentary, fiction and philosophical commentary at the same time, hovering in dreamlike sci-fi atmosphere. The main themes include Japan, Africa, (erased) memory and travelling…

An unusual visual and audio experience is provided by the short experimental film by Austrian avant-garde director Peter Tscherkassky who employs the found footage method. Outer Space is a result of the “torturing” of a film strip from the American horror movie The Entity.

66 Scenes from America is the title of a film by Danish director Jørgen Leth who conceived it as a postcard from his travels. The long shots evoking painting scenes present a more or less random cut-out from American reality, however, together they compose a strongly emblematic image of the United States.

In 1963, Bert Haanstra documented his fellow citizens primarily by means of a hidden camera. In The Human Dutch, he painted an original portrait of the Netherlands and the Dutch. The film was nominated for the Academy Awards and watched by more than 1,6 million viewers at its time.

In 1993, one of the leading contemporary Russian documentarists Victor Kossakovsky debuted with his film The Belovs which was awarded at the International Documentary Film Festival Amsterdam (IDFA). Widow Anna Feodorovna Belova lives in a small village together with her brother Michail Feodorovich. Sometimes their two brothers Vasily and Sergei Feodorovich come to visit. They drink tea and talk. What could happen here…?

Russian countryside is also explored in Letter by renowned Belorussian filmmaker Sergei Loznitsa. He set out to a remote village in the Northwest of Russia which houses a mental asylum in an old wooden house. In this setting untouched by civilization, no articulate human voice is heard, and pain is muted.

The third Czech director included in the autumn collection is Karel Vachek who made Elective Affinities in the critical year of modern Czech history. The film captures the politically tense atmosphere between the abdication of President Antonín Novotný and the election of General Ludvík Svoboda. Vachek and his crew got behind the scenes of period political events and made a truthful artistic report in the spirit of direct cinema.

An intimate, picaresque inquiry into French life as lived by the country's poor and its provident, as well as by the film's own director, Agnes Varda...

The Gleaners and I

Diamonds of the Night offers an unusual, intensely attitudinal insight into the topic of war. It tells the story of two young Jewish men who escape from a train taking them to their death. The film amounts to a naturalistic study of endangerment, repudiation and uprootedness...

Diamonds of the Night

In Panelstory, Chytilová creates a tragicomic depiction of a structure that is unable to function on either a material or a human (moral) basis. The portrait of the new housing estate (Prague's Jižní město) offers a vision of a world in which the inhabitants have to face much more than just the uniformity, ugliness and imperfections of their new housing (not to mention the complete lack of infrastructure)...

Story from a Housing Estate

A premonition of a horror film, lurking danger: A house – at night, slightly tilted in the camera´s view, eerily lit – surfaces from the pitch black, then sinks back into it again. A young woman begins to move slowly towards the building. She enters it. The film cuts crackle, the sound track grates, suppressed, smothered...

As a visual narrative 66 scener fra America is reminiscent of a pile of postcards from a journey, which indeed is what the film is...

A portrait of The Netherlands and the Dutch. With the aid of a hidden camera Haanstra observes people in the most diverse situations and shows the unusual in the usual and reverse.

It is all very uncomplicated. Anna Feodorovna Belova lives in a small village. She is twice a widow and now lives together with her brother Michail Feodorovich. Sometimes two other brothers, Vasily and Sergei Feodorovich come to visit them...

A remote village in the Northwest of Russia. A mental asylum is located in an old wooden house. The place and its inhabitants seem to be untouched by civilization. In this pristine setting no articulate human voice is heard, and pain is muted.

On 22 March 1968 President Antonín Novotný gave in to the pressure of the reformist communists headed by Alexander Dubček and resigned. It is necessary to elect a new head of state who has set out on the path of „socialism with a human face“...